Woven products in Thailand take many forms. As weaving is mostly done by women, the products are intended to be used predominantly by females. However, there is a kind of cloth uniquely used by Thai men. This distinctive checkered fabric called "pha khao ma” is a cultural symbol existing along with Thai males, old and young, for hundreds of years.
"Pha khao ma” is not a Thai word. It came from the Pursian word "kamarband”, meaning a waistband or a belt.

Archaeological evidence suggests that the pha khao ma has been used for a long time. It has been used by Thai men since the 16th Buddhist Century, contemporary with the Chiang Saen era. During that time, women wore "pha tung” (a long wrap around skirt worn around the lower body). Men adopted the use of the pha khao ma, the turban used by Tai Yai men.

Thai men at that time still wore a top knot. Seeing the usefulness of the Tai Yai headcloth, they began to use it, but as a loincloth. While traveling, they used it for many purposes, as a weapon wrap, a storage bag, a sleeping pad, a bathing wear and a towel for drying the body.

Evidence indicating that Thai men started to use the pha khao ma during the Chiang Saen era is the murals at Wat Phumin in Nan Province. The Trai Phum Manuscript for the Ayudhya Period, around the 22nd Buddhist century, also depicts Ayudhya people wearing a pha khao ma on their shoulders, as a waistband, or as a neckwear with both ends hanging in the back.

Pha khao ma is the name of this cloth in the central region of Thailand. It is called differently in other regions. In some places in the Northeast, it is called "pha phrae”. It is woven on a loom called "khee” and each time the weaving is done for a long piece of cloth, 20-30 meter long. The cloth is then cut into shorter pieces, about a wah (around two meters). Hence, it is referred to as "pha phrae wah” in some areas, in accordance with the length of the cut fabric.

The multi-purpose pha khao ma is of a rectangular shape and is mostly woven using cotton yarns, although in certain cases silk is used. In some areas, raw yarns or ramie yarns are used. The checkered and stripe patterns are the most popular. Production of pha khao mas is concentrated in the North and the Northeast. Duration of the cloth is 1-3 years and the price varies with the material used.

Despite being a traditional product, the pha khao ma has gone through continuous development. Changes have been made to the weaving styles and more modern colors are now used. A good example is the hundred-colored pha khao ma which is a famous product of Ban Nong Khao Village in Kanchanaburi Province.

Changing an ordinary "rectangular piece of cloth” into a multi-purpose modern "product” is effectively an approach to conserve and add value to the Thai pha khao ma. Hence, the loincloth has become a material for fashionable teenager garments. The pha khao ma can also be used in making many products, such as household items, table cloth, save-planet-earth cloth bags, furniture upholstery, dolls and baby cots.

The pha khao ma has taken another step forward. Products made from pha khao mas have now been exported to foreign markets both in ASEAN and outside the region through e-commerce. With this new channel, the unique Thai product can now be sold in any region in the world. 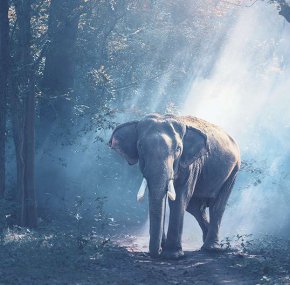 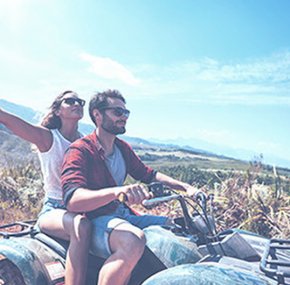